To share your memory on the wall of Vernon Coopersmith, sign in using one of the following options:


Vernon “Hank” passed away on Sunday, May 2 at the age of 83 at Chateau Providence where he resided since January 2019.
Vernon was born on March 11, 1938 in Star City, SK to Henry and Isabel Coopersmith. He graduated high school in Star City in 1955. He then moved to Birch Hills for Station Agent training and from there to Weyburn. He trained there for just under a year then decided to return home to his family to join his dad and brother Morley on the family farm. He farmed until 1990.
In 1961 he married the love of his life Donna Andal and they resided at the farm north of Star City for 36 years when they decided to move to Melfort.
In 1966 Gaylene was born and in 1991 the one and only grandson Brandon was born.
Hank enjoyed baseball, curling, bowling, playing crib and many games of cards.
His memory will be cherished by his wife Donna, daughter Gaylene, grandson Brandon (Madi), brother Morley (Gayle), sister-in-law Marlene, brother-in-law Morley, numerous nieces and nephews and many friends, cousins and aunts.
Read Less

To send flowers to the family or plant a tree in memory of Vernon Clark "Hank" Coopersmith, please visit our Heartfelt Sympathies Store.

Receive notifications about information and event scheduling for Vernon

We encourage you to share your most beloved memories of Vernon here, so that the family and other loved ones can always see it. You can upload cherished photographs, or share your favorite stories, and can even comment on those shared by others.

Posted May 07, 2021 at 12:12pm
Dear Donna, Gaylene and Brandon,
Thinking of you today and wishing we could be there to give you a big hug. Hank was a very special person and we will always remember how his laugh filled the room.
Hopefully your memories will help you during this difficult time. You are in our thoughts and prayers.
Love,
Trish, Susan, Diane, Viny, Ralph, Scott, Tom, Kirsten and Rylan
Comment Share
Share via:
DM

Posted May 05, 2021 at 08:55pm
To the Coopersmith family. Please accept my deepest sympathy on Vern's recent passing.
Growing up in Star City I have many great memories of watching Hank playing first base for the Brooksby Rockets fastball team, as well as curling third for the Ken Campbell team in the Northern Men's Curling Playdowns.
Hank was a great guy and always took the time to talk to me when I would be back in Star City for visits. .
Enjoy your special memories of Hank!
Comment Share
Share via:
HB

Posted May 05, 2021 at 09:13am
Dear Donna and family, thinking of you with our thoughts of love and prayers and sending our deepest condolences.
Comment Share
Share via:
SA

Posted May 05, 2021 at 01:23am
Dear Auntie Donna, Gaylene and Brandon. Our hearts go out to you at this very difficult time. We hope your many treasured memories will help you through and give you a smile as you reminisce happier times. I also am thinking of the times and memories we have together and of course of Uncle Hank’s great laugh and kind spirit. Thinking of you. 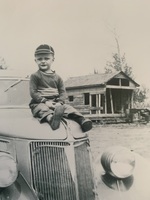 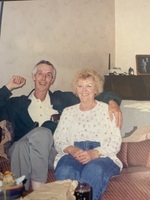