To share your memory on the wall of Adam Garchinski, sign in using one of the following options:

Print
Adam's Funeral Service will be live-streamed on Saturday, January 16, 2021 starting at 12:45 PM

Adam was born on December 21, 1941 to Elsie and Joseph Garchinski in Melfort. He took his grade 1 to 8 at Belgrave. Then attended grade 9 in Fairy Glen, grade 10 in Maryville, and finished grade 11 and 12 at Fairy Glen. After completing his grade 12 he farmed with his dad and also worked on construction with the Melfort School Unit. One of his jobs included completing the Reynolds Central School Auditorium where his children and some grandchildren have attended. He continued employment with Pineland Feed and Seed crushing feed for farmers.

On June 29, 1963 Adam married his high school sweetheart, Sonja. They spent their first year in Melfort, and in 1964 they moved to the family farm where he farmed with his dad. Their marriage was blessed with 4 children: Charlene, Greg, James and Janice.

Adam was involved in many community organizations. For 41 years he was an active board member with the Fairy Glen Coop. On December 1, 1964 he became a member of the Knights of Columbus and in 2019 he received an Honorary Lifetime membership. At a young age he was involved with the St. Helen’s Parish serving as an altar boy until his 30’s where he took on other responsibilities, always using his powerful voice to lead the congregation in song.

He had many interests throughout the years which included playing the bass fiddle for the Rhythm Rascals, coaching his boys in hockey, hunting, trapping, and fishing. He had a great love for his family. Farming was his passion where he spent many hours with cattle and walking the fields. He guided and supported his children and grandchildren to be faith filled, generous and compassionate people. He was rooted in his Catholic faith, no matter what God handed him in life, he accepted. He will be missed dearly.

Adam will be remembered as a man with few words, but yet he spoke volumes. He would say “you don’t learn anything by talking”. He was seen as a kindhearted, genuine man and respected by many.

Therefore you too have grief now; but I will see you again, and your heart will rejoice and no one will take your joy away from you - JOHN 16:22

To send flowers to the family or plant a tree in memory of Adam Thomas Garchinski, please visit our Heartfelt Sympathies Store.

Receive notifications about information and event scheduling for Adam

Print
Adam's Funeral Service will be live-streamed on Saturday, January 16, 2021 starting at 12:45 PM To view the service, please click here

We encourage you to share your most beloved memories of Adam here, so that the family and other loved ones can always see it. You can upload cherished photographs, or share your favorite stories, and can even comment on those shared by others.

Dean. Triona and Bodhi, Lorne and Elaine Argent, and other have sent flowers to the family of Adam Thomas Garchinski.
Show you care by sending flowers

Posted Jan 16, 2021 at 02:55am
With loving memories of "Adam Garchinski", With love from Bjorg& John, Ragnfrid &Karsten, Gullaug&Ansgar, Aslaug and Arnfinn.

Flowers were purchased and a memorial tree planted for the family of Adam Garchinski. Send Flowers

Posted Jan 15, 2021 at 04:21pm
Auntie Sonja we are sorry for you loss and the world lost one of its last true gentleman. Uncle Adam was a great man and you have our condolences.

Dean. Triona and Bodhi purchased flowers and planted a memorial tree for the family of Adam Garchinski. Send Flowers

Lorne and Elaine Argent purchased the Sweet Sincerity and planted a memorial tree for the family of Adam Garchinski. Send Flowers

Posted Jan 15, 2021 at 09:48am
On behalf of RBC, I would like to send my deepest sympathies you you all. Adam was a sincere and thoughtful man and he will be sadly missed.

Posted Jan 15, 2021 at 02:22am
Sonja & family,
Our Thoughts and Prayers are with you and your family on the recent loss of a dearly loved one!
Cherish the many memories that you all have made together.
"ETERNAL BE HIS MEMORY"!
Comment Share
Share via: 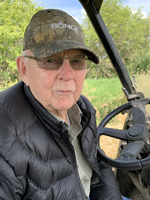 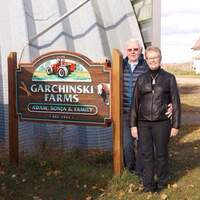 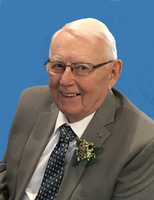