To share your memory on the wall of Valerie Wittig, sign in using one of the following options:

Valerie gave up her battle with Alzheimer's and passed away peacefully in her sleep the evening of May 2nd, 2021 with her family around her.
Valerie was born March 29, ... Read More
A Private Family Service will be held at a later date

Valerie gave up her battle with Alzheimer's and passed away peacefully in her sleep the evening of May 2nd, 2021 with her family around her.
Valerie was born March 29, 1950 in Edam, SK and grew up in The Parkdale District on the family farm. She told me early on in our Marriage that she didn't cook and was more adept at following her dad around the farmyard. She said cooking and cleaning was for her sisters not her. I took over the cooking shortly after as she was very truthful about that.
When Valerie and Joe first met she was 16 and Joe was 17. They were inseparable after that and were married June 27, 1970. They first lived in North Battleford where Val became a Travel Agent for Maher Agencies. They then moved to Lethbridge AB. in 1971 where Joe started a Job with Alberta Justice and Val continued her career as a Travel Agent. They moved from Lethbridge to St.Paul, AB. and then to Medicine Hat due to transfers with Joes Job.
They retired in 2004 and Moved to their Present home in Nipawin Sk. Val was a Avid C.C.Skier and loved to go fishing, Camping, and spending her time at the Lake.
Some of Val's community work was Girl Guides {Brownies} Where she was The Brown Owl for several years as she enjoyed working with young girls and especially being with her daughter as part of the organization. In Medicine Hat she became the Administrator of the Competitor Youths Waves Swim Club a volunteer job that she loved to do with her son Jay being a competitor swimmer.
When Val was first diagnosed with Alzheimer's she faced the situation with a Brave face and said the worst thing about it is when she had to turn in her drivers license. It played on her mind sometimes but never let on and always had a beautiful smile to share. She was happy I think to the End. About two weeks before her passing as her strength was ebbing I was sitting with her telling her stories of our youth she looked at me and smiled weakly and whispered I Love You. That was the last thing she said to me.
Valerie leaves to mourn Her Husband Joe of 51 years as well as her Daughter Jolene Wittig, and Son Jay Wittig. Her Sisters Leona Carter {Clarence}, Sandra Wittig {Lorne}, Danny Bower {Lynn} and Sister in Law Joyce {Wittig} Wilson {Jim} plus numerous Nieces and Nephews and Cousins and Friends.

Her quick smile and joyful spirit will be sadly missed by all that knew her.

Memorial donations may be made in Valerie's name directly to the:
Alzheimer Association of Saskatchewan 301-2550 12th Ave. Regina, SK S4P 3X1
Read Less

To send flowers to the family or plant a tree in memory of Valerie Jane Wittig (Bower), please visit our Heartfelt Sympathies Store.

Receive notifications about information and event scheduling for Valerie

Print
A Private Family Service will be held at a later date Memorial donations may be made in Valerie's name directly to the: Alzheimer Association of Saskatchewan 301-2550 12th Ave. Regina, SK S4P 3X1

We encourage you to share your most beloved memories of Valerie here, so that the family and other loved ones can always see it. You can upload cherished photographs, or share your favorite stories, and can even comment on those shared by others.

Posted Jun 05, 2021 at 08:25pm
Our sincere sympathy to Joe and family and to Valerie’s siblings and their family. Val was such a vibrant lady who will be missed. From Deanna and Bill
Comment Share
Share via: 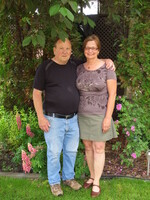 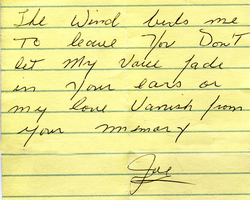