To share your memory on the wall of Terry Sparks, sign in using one of the following options:

Terry was born May 24, 1954 in Elrose, SK, to Earl and Edna Snider. She was raised on the family farm in the Hughton area with her sister, Wanda Sanderson, and brother, Errin Snider. She attended school in Elrose before moving on to the College of Education at the University of Saskatchewan, where she earned her Teaching Certification in 1974 with a major in early childhood development. That same year, she married Larry Harold Sparks and created a bond of love, friendship, and happiness that would last the rest of her life. Together, they lived in Lethbridge and Brandon before settling in Melfort in 1978. Over the next 43 years, they planted deep roots and raised a beautiful family together.

Terry was passionate about both education and community service. A founding member of the Melfort Daycare, she became an early childhood educator at the Kiddie Korner Playschool and an Educational Assistant with the Melfort School Division. She later ran craft and gardening classes for children of all ages while managing a local greenhouse through the summer months. As a volunteer, she was a director and educator with the Canadian Cancer Society, President of the Tamarack Garden Club, on the board of directors for the Saskatchewan Horticultural Society, and a guiding member of the Melfort Memorial Gardens Committee. Also an active member of the Melfort Kinette Club for many years, Terry was recognized with an honorable Life Membership in 1996. Through all her years of dedicated service, she built strong ties in the community and lifelong friendships she treasured until the end.

More than anything, Terry loved spending time with her close friends, family, and flowers. She had a spirit of adventure that took her from canoes to motorcycles to airplanes and always back to her garden. She sought out long conversations, warm cups of coffee, comfortable places to curl up and read, and greenhouses through which to wander. She was a devoted grandmother who never hesitated to get her hands dirty planting flowers, building crafts or painting birdhouses with her grandchildren. Terry made the most of her retired years by spending time on the road with Larry, traveling between her daughter’s family in Winnipeg and son’s in Edmonton with the odd motorcycle adventure mixed in. She always went the extra mile not to miss a birthday or special event. Her time was too short, but not a moment was wasted.

Terry Elizabeth Sparks was loved by many, and her legacy of kindness and compassion will be continued by her husband, Larry; her daughter, Shannon (Chris); her sons, Steve (Grace) and Joel (Catherine); and her grandchildren, Kaden, Jada, Andrew, and Nicholas.

The family wishes to thank the doctors, nurses, and staff of the Melfort hospital for their empathy and caring in keeping Terry comfortable in her final days.

Donations to the Melfort Museum would be appreciated in lieu of flowers.

A Graveside Service will be held at a later date when the world is allowed to travel again.
Read Less

To send flowers to the family or plant a tree in memory of Terry Elizabeth Sparks (Snider), please visit our Heartfelt Sympathies Store.

Receive notifications about information and event scheduling for Terry

Print
A Graveside Service will be held at a later date when the world is allowed to travel again.

We encourage you to share your most beloved memories of Terry here, so that the family and other loved ones can always see it. You can upload cherished photographs, or share your favorite stories, and can even comment on those shared by others.

So sorry to hear of Terry's passing.
Terry was such a nice lady. We got to know your family through the fun-loving judo years.

Posted Apr 09, 2021 at 05:55pm
Dear Larry, Shannon, Joel, Steve and families:
I met Terry over 20 years ago when we were volunteering for the North East Cancer Society. From that time on our friendship developed into one of respect and gratitude. I will miss her dearly, but will continue to cherish the many precious memories that we had together. I especially loved hearing of her motorbike adventures with Larry and her deep love for her children and grandchildren.
My condolences to all of you at this time.

Posted Apr 09, 2021 at 01:02pm
We send our condolences to Larry and all the family of Terry. Terry was the playschool instructor for both of our children and was such a caring and loving instructor and person in general. She will be missed.
Linda Kerslake and Ross Lynd
Comment Share
Share via:

Posted Apr 08, 2021 at 05:09pm
Joel. On behalf of Laural and ourselves, we are so sorry to hear of Terry's passing. She deeply loved you and was so proud of the man you have become and I'm sure she took every moment to tell you that. We loved hearing stories of your journeys through her laughing retelling. Many more adventures to come with a special angel on your shoulder.
Larry. Alan and I feel your sorrow. What a life you've shared with your Terry! Our love and prayers are with you. I'm sure you'll hear a little voice to guide you in these difficult times,
Family. We were fortunate to hear the stories of Terry's pride in her family both new and old. We are sorry for your loss and hope the memories of Terry's love embrace you.
Comment Share
Share via:
ML 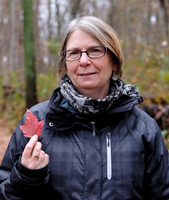 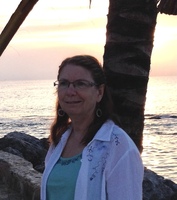