To share your memory on the wall of Shirley White, sign in using one of the following options:

Print
It is with a heavy heart that we announce the death of Shirley White, of Melfort, Saskatchewan. She passed away peacefully on Tuesday, December 23rd, 2020, with family by her side, at the age of 80.

Shirley was born May 6, 1940 on the... Read More
It is with a heavy heart that we announce the death of Shirley White, of Melfort, Saskatchewan. She passed away peacefully on Tuesday, December 23rd, 2020, with family by her side, at the age of 80.

Shirley was born May 6, 1940 on the Holoien family farm, in the Bagley District near Melfort, SK. She was the fourth of eight children born to Peder & Martha Holoien.

Shirley’s childhood was spent helping with chores on the farm, playing games with her siblings and of course music. One of her fondest childhood memories was Christmas Eve around the tree making candied apples and singing Christmas carols with her family. She attended school at Dover and later Fairy Glen. She went to Sunday School at the Carrot River Valley Lutheran Church and was confirmed there. She also sang and toured with the choir, which she really enjoyed.

In 1961 when Shirley was working at the Co-op Creamery in Melfort, she met Jim White. A year later they were married at the Carrot River Valley Lutheran Church, and what ensued was a 58 year marriage resulting in four children and twenty seven grand and great-grandchildren.

Shirley worked at Parkland Regional Care Centre in Melfort as a care aid and with Jim (our Music Man) at the family music store, White’s Keyboard Music. Although her true life work was her family – providing the same love, support and spiritual guidance she grew up with.

Shirley & Jim’s love for music spread quickly within the family. She adored singing with her daughters while her boys accompanied them. They travelled to churches and special events to sing the music she loved so much.
Shirley’s faith in Jesus was important to her, and the Christian Womens Club was a big part of her life. She travelled as a guest speaker sharing her personal faith to many of the clubs in the area. She enjoyed Friendship Bible Coffee gatherings around the table with the bible, coffee and many of her lifelong friends.
Shirley is “home” with her savior Jesus Christ and has been reunited with her heavenly family for her First Christmas in Heaven. Shirley was predeceased by her parents, Peder and Martha Holoien; her son Lanny White; her sister Muriel Skwark and her brothers Leonard Holoien, Lester Holoien and Wes Solberg.
Her beautiful life will forever be cherished in the lives of her devoted husband Jim White; her children: Tracey (Seth) MacNaughton, Jamie (Darin) Placsko, Jason (Melissa) White and daughter-in-law Susan White; her precious grands - twelve grandchildren and fifteen great-grandchildren; her brothers Herb (Susan) Holoien and Doug (Maxine) Holoien; her sisters Dianne (Blaine) Olson and Darlene Cenaiko and a host of beautiful nieces, nephews, cousins and friends.

The family would like to extend a heartfelt thank you to all of the people who helped care for Shirley over the past year. Special thank you to Drs. Nyberg, Stoll and Steffen, the nurses and staff at the Melfort Hospital, Melfort Home Care and Parkland Place in Melfort. In lieu of flowers, memorial donations may be made to the North Central Health Care Foundation, Melfort Hospital Palliative Care Unit, PO Box 1480, Melfort SK, S0E 1A0.

Internment will take place at a later date when we can gather in true Shirley fashion.
Read Less

To send flowers to the family or plant a tree in memory of Shirley Mae White (Holoien), please visit our Heartfelt Sympathies Store.

Receive notifications about information and event scheduling for Shirley

We encourage you to share your most beloved memories of Shirley here, so that the family and other loved ones can always see it. You can upload cherished photographs, or share your favorite stories, and can even comment on those shared by others.

Posted Dec 30, 2020 at 09:07pm
We want to send our heartfelt condolences to Shirley’s family. Thoughts and prayers to you all and God Bless 🙏
Comment Share
Share via:
LM

Posted Dec 30, 2020 at 04:19pm
Sending our sincere sympathy to Jim and the White, McNaughton, Plasko and Holoien families. Shirley was a special lady who will be greatly missed. It was a very lovely service, may she rest easy.
Lisa & Grayson
Comment Share
Share via:
CN

Posted Dec 30, 2020 at 02:59am
My sincere condolences to the White and Holien families on Shirley's passing. Treasure your memories.

Posted Dec 29, 2020 at 03:51pm
Dear Jim, Tracey, Jamie, Jason, Herb, Doug, Dianne , Darlene, our deepest sympathy to you & all your families at this sad time, with the passing away of Shirley, she was the most wonderful friend to have, I have so many great memories of her, as she was my forever lifelong friend, she will be so missed, but what precious memories we all have of her. Rest in peace my dear friend. Doris Morberg Bob Smith
Comment Share
Share via:
DL

Posted Dec 29, 2020 at 12:32pm
Condolences to the White/Holoien families on Shirley’s passing. Cherish the memories that have been made over the years, and hold them close to your hearts.
Lois and Dennis Spagrud
Comment Share
Share via: 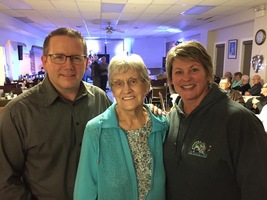 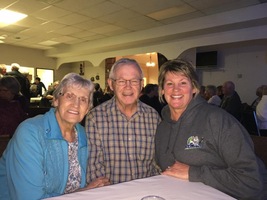 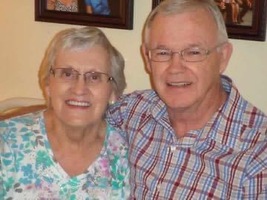