To share your memory on the wall of Lena Moskal, sign in using one of the following options:

Print
A Private Family Service will be held.

Lena Jean Moskal was born June 9, 1932 on the family farm to William and Mary (Mikulski) Kezema. As the oldest child and only daughter, she learned at a young age how to cook and she definitely mas... Read More
A Private Family Service will be held.

Lena Jean Moskal was born June 9, 1932 on the family farm to William and Mary (Mikulski) Kezema. As the oldest child and only daughter, she learned at a young age how to cook and she definitely mastered making cabbage rolls and meatballs.

She met John after he returned from WWII when he purchased the farmland near the Kezema farm. They were married July 29, 1952 and had four children, Julie, Michael, Glenn and David.

They lived on the farm until March 2009 when John’s failing health required them to move to Melfort. She continued to reside at Diefenbaker Place until her hospitalization in May 2021. She passed away peacefully at the Melfort Hospital on June 6, 2021.

She worked hard on the farm. Raising four children, milking the cows, gathering the eggs, gardening and canning every fall along with the regular household chores, with no electricity. She also helped with some of the field work, which was never her favourite thing to do.

She loved the farm. She missed seeing and hearing the birds, frogs, and the baby calves. She always enjoyed it when someone stopped in and offered to take her for a ride/visit or to bingo. She loved her kids and her grandkids. She looked forward to family gatherings and enjoyed preparing everyone’s favourite foods followed up by a game or two of fire.

She was predeceased by her husband John, daughter Julie, her parents Mary and Bill Kezema, her parents-in-law Peter and Mary Moskal, her sisters-in-law Bessie, Lila and Polly and her brother-in-law Bill and their spouses.

To send flowers to the family or plant a tree in memory of Lena Jean Moskal (Kezema), please visit our Heartfelt Sympathies Store.

Receive notifications about information and event scheduling for Lena

We encourage you to share your most beloved memories of Lena here, so that the family and other loved ones can always see it. You can upload cherished photographs, or share your favorite stories, and can even comment on those shared by others.

Lena , a lovely person and friend.
Her life circle is now complete.
Lena touched the lives of many and shall be missed .
She shall now live in the hearts of those that love her.
Sending our deepest sympathies to you all.
May you share and comfort each other and celebrate the life of Lena.

Posted Jun 10, 2021 at 12:31pm
Lena was always ready to help when we needed her along with that beautiful smile of hers. We had so many good times in her kitchen enjoying all her delicious meals, along with all the family. I will remember Lean always with her warm smile, kind words and gracious heart. Truly a beautiful lady inside and out. My deepest sympathies go out to her children, Mike, David, Glenn, and brothers, Bill, Johnny and George and families.
Comment Share
Share via: 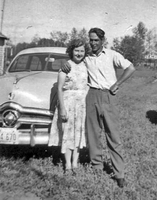