To share your memory on the wall of Kelly Larson, sign in using one of the following options:

He spent his working life at a number of occupations; delivery truck driver, carpenter, painter, and building manager to name a few. In his final years health issues limited his ability to work but not his desire to continually renovate, paint and garden. He inherited his love of gardening and flowers from his parents. We cannot name where he inherited his joking and prank playing from but possibly the answer is in the first line. All those that knew Kelly could attest to that. Kelly loved to fish, hunt and spend time in the outdoors. He would often boast how he was the best fisherman and time and time again the results would show that he was.

Kelly’s first marriage brought about a son, Michael (Colleen). He also had a daughter and two other sons. Kelly spent his final years in Quill Lake in a loving relationship with Michielle Wolff. Unfortunately a tragic house fire has brought their union here on earth to an end. Thankfully through the aid of their two dogs, Michielle survived.

To send flowers to the family or plant a tree in memory of Kelly Dale Larson, please visit our Heartfelt Sympathies Store.

Receive notifications about information and event scheduling for Kelly

We encourage you to share your most beloved memories of Kelly here, so that the family and other loved ones can always see it. You can upload cherished photographs, or share your favorite stories, and can even comment on those shared by others.

Posted Dec 20, 2020 at 07:45pm
Lorne, Vivian & family--
My heart goes out to you, a tragic lost of a son / father / husband---Words can not explain how you are feeling. Live with the wonderful memories he has left you. RIP
Comment Share
Share via:
B

My sympathy to all of Kelly's family on his passing. Years ago Kelly painted exterior of my parents house and when it was nephew Kent's birthday he made sure to invite Kelly to the weiner roast. Think Kent was 4 or 5 at the time and he wanted his new friend to be there. Kelly joined in! 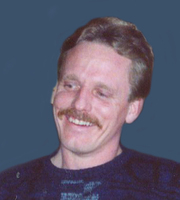 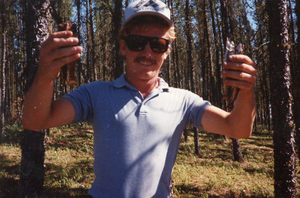 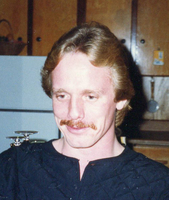