To share your memory on the wall of Earl Ponath, sign in using one of the following options:

To send flowers to the family or plant a tree in memory of Earl Francis Ponath, please visit our Heartfelt Sympathies Store.

Receive notifications about information and event scheduling for Earl

Print
A Celebration of Life Service will be held at a later date.

We encourage you to share your most beloved memories of Earl here, so that the family and other loved ones can always see it. You can upload cherished photographs, or share your favorite stories, and can even comment on those shared by others.

Posted Dec 30, 2020 at 02:21pm
I am sincerely sorry to hear of Earl's passing. I have fond memories of visiting him and Grace as a child/teen. I am thinking of his family and wishing you all comfort and strength. Dawn F. (Jaskela)
Comment Share
Share via:
SA

Posted Dec 17, 2020 at 04:38pm
Sending my sincere condolences to all the Ponaths and to all who knew Earl. The picture of him giving the "okay" sign is exactly how I remember him. I wish you strength in your grief and hope you find you're able to laugh at shared memories together.
Shawnna Auramenko (Jaskela)
Comment Share
Share via:
D

Posted Dec 12, 2020 at 05:27pm
Condolences to the family of the late Earl Ponath of Naicam. As a resident of Caleb Village, Tisdale, he was a good friend to many and a close neighbour of ours on the 4th floor. May you Rest In Peace, Earl..
Derrek and Carole Stanley
Comment Share
Share via:
HS

Flowers were purchased for the family of Earl Ponath. Send Flowers

Posted Dec 07, 2020 at 04:53pm
My deepest sympathy to the Ponath family on the loss of your Dad and Grandpa.
Val Weseen
Comment Share
Share via:
JM

Sincere condolences to Scott, Eric and Families on your loss-our Parents enjoyed many golf camping trips together through the years-great memories💕
SP

Thank you Valerie. It is always hard to lose your parents. 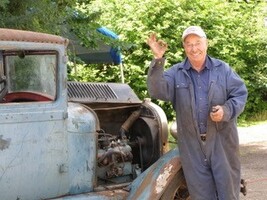 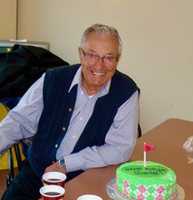 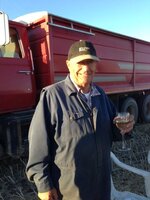