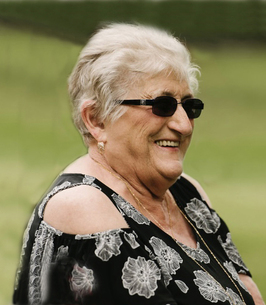 Dianne Dagenais was born to Earl and Myrtle Dagenais on February 12, 1943. The only daughter of 7 children. She passed away in Melfort on September 5, 2022 at the age of 79 years.

Mom worked many jobs throughout her life, but her most important position was “MOM”. She was very active in the Pleasantdale Community and Village until they moved to Melfort in 2011, where she then became part of the Consolation Manor Family.

We know that mom is with dad, looking over us all as we gather to celebrate her life.

Mom will be sadly missed by her family and friends.

Friends so wishing may make memorial contributions to STARS or to the Melfort Hospital Palliative Care Unit.