To share your memory on the wall of David Kradovill, sign in using one of the following options:

The Service was live-streamed. To watch the funeral service, please click here

The Service was live-streamed. To watch the funeral service, please click here

David was born in Weyburn on May 18th, 1943 to Malcolm and Dagny Kradovill, the third of 5 sons.
The Kradovill’s resided on the family farm near Worcester Saskatchewan. Dave attended elementary school at Talmage, grew up working on the farm, while playing baseball as much as they could in their spare time. Their life revolved around baseball.
He attended high school in Weyburn, then attended the University of Regina to obtain an education degree and was a member of the wrestling team.
He was seeing long time neighbour Judy Renas, and their oldest son Michael was born in 1964. They got married in Regina in 1966 and Trevor was born in 1968. They lived in Weyburn, and he taught school in Jansen to elementary kids, which turned out not to be his dream… he couldn’t handle the little bastards.
They moved to Regina in 1969 for a short time, while Dave applied for a Driving Instructor job in both Melfort and Unity Saskatchewan. He was offered both but chose to move to Melfort in 1969.
In 1972 Dave and Judy bought their 1st house in Melfort, and in 1974 their son Jason was born. There was lots of time spent at their restaurant, The Valley Pizza Palace, and at their cabin on lake Kipabiskau boating and fishing.
Sadly, their marriage failed, and Judy and Jason moved to Alberta in 1980, while Mike and Trev stayed in Melfort with Dave.
Dave continued to work at high school, until a career change took him to the Saskatchewan Wheat Pool in 1983, where he worked until retirement.
Dave was involved in the Kinsmen and the curling rink, as anybody who knew him would know. He was also still active in fastball, and frequently enjoyed golfing. He proudly represented Saskatchewan in the Senior Curling Championships in 1999, something his mom Dagny did twice.
Het met Jeanne Taylor in 1984, and an entire new family got to know and fall in love with him. They married in 1988 and remained married until Jeanne’s passing in 2017.
He continued to play cards with many friends at the curling rink, like he had for the last twenty years, until his health wouldn’t allow him to do so. An avid Rider, Maple Leaf and Blue Jay fan, who enjoyed watching games with family and friends.
He was a man who made an impact on all who met him.
He passed peacefully on May 9th, 2021 and will be dearly missed by all who loved him.

“When a person becomes a memory, the memory becomes a treasure.”

In memory of Dave, he would have wanted people to give blood or make a memorial contribution to a Charity of One's Choice.
Read Less

To send flowers to the family or plant a tree in memory of David Allan "Krash" Kradovill, please visit our Heartfelt Sympathies Store.

Receive notifications about information and event scheduling for David

Print
A Private Family Funeral was held on Thursday, May 13, 2021 at 1:00 PM. The Service was live-streamed. To watch the funeral service, please click here

We encourage you to share your most beloved memories of David here, so that the family and other loved ones can always see it. You can upload cherished photographs, or share your favorite stories, and can even comment on those shared by others.

Posted May 14, 2021 at 01:12am
We were very sad to hear our friend Dave had passed. Many shared memories of golf challenges here in Saskatchewan and down in Arizona. Plus the curling bonspiels too numerous to recall them all. The guys would rehash many adventures which brought much laughter in the retelling that's for sure. We are still using the gas BBQ from our teams last big win in Naicam. We even remember tales of our short lived mixed curling which were more social than successful. Always quick to smile and share a good story. Krash will be missed. Our Deepest Sympathies . Doug Patterson & Deb Mullen

Posted May 13, 2021 at 10:19pm
So sorry to hear of Dave's passing. I have so many special memories of him over the years and I know he will be deeply missed.

Posted May 11, 2021 at 03:50pm
From Dave's Brother In Law, Mervin Zulynik , and Families, North Battleford. Thanks for the memories of curling in the Livelong summer bonspiel.

Posted May 10, 2021 at 07:40pm
Mike, Trevor, and families
Sorry to hear of your dads passing! May memories bring comfort and laughter! Thinking of you!
Comment Share
Share via:
GB

Condolences to David’s family. I met David when he joined the family of Legion place. When it was curling season David was either at the curling rink or watching the games on tv. A very quiet gentleman who will be missed 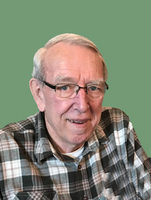 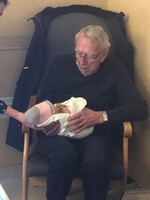 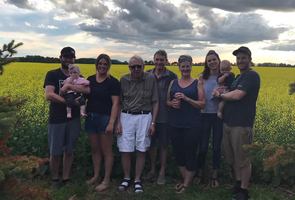 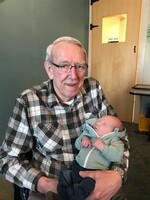