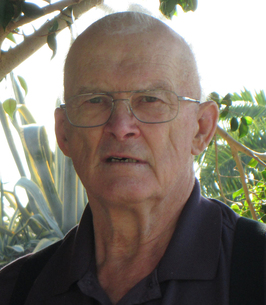 Ronald "Dale" Healey was born on October 8, 1935 to Thomas Clifford & Sarah Jane (McRae) Healey on the farm near Ridgedale (SE 30-47-15). Dale took schooling to grade 8 at Riverstone and Ridgedale schools often riding horseback or bicycle or at times staying in town at Grandma Clara Mae "Maw" Healey's place if the roads were bad in the winter. Dale took welding, mechanics and agriculture at the Technical School in Saskatoon. In 1957, Dale along with his Dad and brother Bud formed Healey Construction Company a general contracting company that included trucking, road building and other heavy equipment work. They spent several summers building roads in many parts of Saskatchewan. Dale also grain farmed and had cattle, pigs, horses and chickens over the years. On April 7, 1961 Dale married Elvy Tondell of the Bagley District. They were blessed with three sons. In addition to work and family responsibilities Dale served on the Sask Wheat Pool Committee and was a trustee for Ridgedale School in the Tisdale School Division. Dale took an aviation course and acquired a pilot's license. Dale and Elvy were always busy during the years on the farm but still found the time to socialize with extended family and friends. They enjoyed taking trips, they attended many concerts and quartet conventions. In retirement they took up bowling as well as took the trip of a lifetime to Israel. Dale loved to be behind the wheel of almost any piece of equipment and especially loved touring around the countryside. Dale loved to visit and talk farming, politics and many other topics. Dale had a deep personal faith in God, and as long as he was able he was an avid reader of his Bible and other Christian books. He financially supported many Christian ministries. One that was especially dear to his heart was Jewish Voice. Dale dearly loved his family and enjoyed visiting them and the many friends he made throughout his life. He is survived by his loving wife Elvy, his sons and their wives: Brent (Marlene), Mark (Susan), Scott (Tracey); his grandchildren: Michael (Crystal) Healey, Benjamin (Taylor) Healey, Janell (Roger) Rempel, Nicole (Daniel) Christian, Lisa Loewen, James Healey (Molly Mason), & Katlynn Healey. By his great grandchildren: Declan & Jericho Healey, Lillian, Myra & Alaina Rempel, Levi, Hannah, Henry & Sophia Christian & Miles Loewen. He is also survived by his siblings: Allan "Bud" (Ruth) Healey, Pearl (Walt) Keib and Marlene (Lyle) Stegeman, siblings-in-law: Emmie Berstad, Raymond & Judy Tondell as well as many nieces, nephews and friends. Dale was predeceased by infant son (Timmy), his parents, brother Melville "Jude" & Catherine Healey, his in-laws: Carl & Edith Tondell, Richard & Myrtle Tondell, Roy Berstad, Ester & Orville Persing.

Friends so wishing may make memorial contributions to a Charity of One's Choice.