To share your memory on the wall of Colin Timmerman, sign in using one of the following options:

Print
Colin Nickolas Timmerman lived each day that he had in life with a disposition that overcame his circumstances and has now passed away. Colin passed suddenly on Wednesday, March 24, 2021 at home in St. Brieux, SK.

Colin is survived by h... Read More
Colin Nickolas Timmerman lived each day that he had in life with a disposition that overcame his circumstances and has now passed away. Colin passed suddenly on Wednesday, March 24, 2021 at home in St. Brieux, SK.

Colin was the first born to Keryn and Vic on Sunday, March 8, 1964 in Humboldt, SK and thereafter, the family moved to Melfort, where Colin grew up. Colin was active, loved life with many friends and grew up playing hockey, flag football, waterskiing, fishing and learning golf. He grew to love golf and spent many days on the course near his home at St. Brieux, where he taught his son that favourite game.

Colin attended school in Melfort and graduated in 1982. He pursued his work and apprenticeship to become a journeyman electrician and worked for many years alongside his dad and later, as an independent contractor. Colin became the ultimate handyman; always willing to use his skills to help and making sure his work was meticulous. Colin was a hard worker, a planner and a builder. He was fun-loving and found the best of simple pleasures with his family and friends. He was happiest and proudest spending time with his son, Nick, and the grandchildren he shared with Della.

If not with family or on the golf course, you might find Colin relaxing on his deck watching Roughrider football, enjoying the company of good friends.

Colin had a big heart, strong determination and love of life. His love and memory will be held in our hearts forever.

A private family service will be held on Sunday, March 28, 2021 at Fedusiak Funeral Chapel. The family asks that, in lieu of flowers, memorial donations can be made to North Central Health Foundation, Melfort Hospital Community Oncology Program of Saskatchewan C.O.P.S. PO Box 1480 Melfort, SK S0E 1A0
Read Less

To send flowers to the family or plant a tree in memory of Colin Nickolas Timmerman, please visit our Heartfelt Sympathies Store.

Receive notifications about information and event scheduling for Colin

Print
A Private Family Service will be held at a later date In Lieu of flowers, the family asks that memorial donations be made to: North Central Health Foundation, Melfort Hospital Community Oncology Program of Saskatchewan (C.O.P.S.) PO Box 1480 Melfort, SK S0E 1A0

We encourage you to share your most beloved memories of Colin here, so that the family and other loved ones can always see it. You can upload cherished photographs, or share your favorite stories, and can even comment on those shared by others.

Guaranteed hand delivery by a local florist
ME

Posted Mar 31, 2021 at 12:41am
RIP buddy, you will be missed. You were always so inviting...the laughs , pranks, working and golfing together. Brought a smile to everyones face.

Posted Mar 31, 2021 at 12:35am
My condolences to Colin’s family. He will be missed greatly. . I spent my high school years at the golf course in St. Brieux and he was one of the best to golf with. His heckling made me resilient! I also worked for Colin in high school for a year. I’ll miss the laughs, pranks, and the stories. Rest In Peace Colin.

Posted Mar 29, 2021 at 02:40pm
Colin you will be missed!!!
We all will miss our block party get together’s with you Colin, you will be amongst us at those rough rider games and at the golf course. You were always ready to help and made sure to share your opinion and give everyone lots of laughs.
Colin you were determined and put up a courageous fight ! Rest easy my friend!
My deepest condolences to the family
Comment Share
Share via: 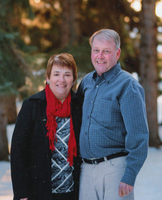 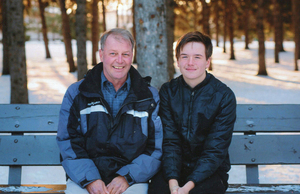