To share your memory on the wall of Carl Strathdee, sign in using one of the following options:

Carl was an avid sports fan and loyal to the Toronto Maple Leafs and Toronto Blue Jays all his life, never missing a game. At one point he also played hockey at the arena in Uranium City.

He leaves behind his loving daughter Kris Samson of Melfort, granddaughters Bryana and Alyssa, and grandson Jesse who all fondly called him Papa; two great grandsons Mattieus and Daegen; his two sisters Arla Hutton of Hanover, Ontario and Catherine Ritchie of Sarnia, Ontario.

His last request was no memorial service and to be cremated and have his ashes spread over Lake Athabasca.

In lieu of flowers, the family has requested donations be made to a charity of one’s choice.
Read Less

To send flowers to the family or plant a tree in memory of Carl Strathdee, please visit our Heartfelt Sympathies Store.

Receive notifications about information and event scheduling for Carl

Print
A Private Family Service will be held at a later date.

We encourage you to share your most beloved memories of Carl here, so that the family and other loved ones can always see it. You can upload cherished photographs, or share your favorite stories, and can even comment on those shared by others. 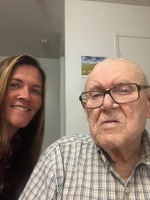 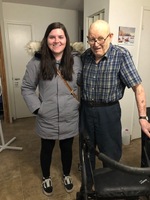