To share your memory on the wall of Borge Larsen, sign in using one of the following options:

A Private Family Funeral Service will be held.
Read Less

To send flowers to the family or plant a tree in memory of Borge Larsen, please visit our Heartfelt Sympathies Store.

Receive notifications about information and event scheduling for Borge

Print
A Private Family Funeral Service will be held.

We encourage you to share your most beloved memories of Borge here, so that the family and other loved ones can always see it. You can upload cherished photographs, or share your favorite stories, and can even comment on those shared by others.

Kenneth Nielsen and Sonja Nielsen sent flowers to the family of Borge Larsen.
Show you care by sending flowers

Flowers were purchased and a memorial tree planted for the family of Borge Larsen. Send Flowers

Posted Nov 25, 2020 at 07:10pm
Hardest working guy I ever knew. I remember him putting carpeting into mom and dads house and without a tape measure he had the dimensions exact. He has passed these traits on to his children.
Comment Share
Share via:
JJ

Posted Nov 23, 2020 at 06:16pm
Glen and l send our most sincere sympathy to Borge’s family. We’ve both know Borge for many years and remember his wooden shoes, pipe, long hair and wonderful work ethic. I think he did the flooring in every home we ever lived in including our own before he retired.
Comment Share
Share via: 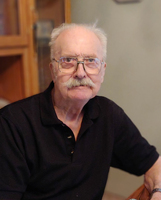 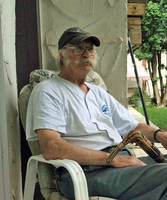 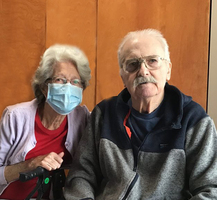